anyone who knows me well knows that i love history, and that i was very proactive in learning about the history of african americans at unc. part of that activity included having bsm work with the provost’s office to create a class that examined the history of african americans at unc. my area of interest was broad, although i tended to focus on learning about the university’s desegregation. i participated in that class, and here is an excerpt from my paper, detailing some of the history behind the desegregation process:

“In 1935, the National Association for the Advancement of Colored People (NAACP) began to challenge the segregation of graduate and secondary schools. A number of cases followed: Gaines vs. Canada (1938), Sipuel vs. Board of Regents of the University of Oklahoma (1948) McLaurin vs. Oklahoma State Regents (1950) and Sweatt vs. Painter (1950). The plan that the NAACP used to challenge the segregation of graduate and secondary schools was developed by Charles Hamilton Houston. Houston believed that it would become too costly for states to establish separate but equal legal facilities for both black and white students, and that white judges from the top law schools couldn’t honestly say that black lawyers from segregated schools received legal training that was equal…
In William Snider’s Light on the Hill: A History of the University of North Carolina at Chapel Hill, he briefly discusses some of the preliminary steps taken in the desegregation of the University of North Carolina at Chapel Hill. A law school was established in 1939 by the North Carolina General Assembly at the North Carolina College for Negroes in Durham in what would be a futile attempt to ward off desegregation (Snider 246). In addition to this, then Governor of North Carolina, William Umstead, along with the General Assembly made grants to black institutions. While there were “separate but equal” law school facilities in North Carolina, none existed for the medical school (Snider 246). Thus, on April 4, 1951, the trustees at the University of North Carolina voted 61-15 to allow admittance of African Americans to graduate and professional schools when equal facilities were not provided for them at other schools in the state, saying,

“In all cases of applications for admissions by members of racial groups other than the white race, to the professional or graduate schools, the applications shall be processed without regard to color or race, as required by authoritative judicial interpretation of the Constitution of the United States, which is the supreme law of our state as well as the nation, and the applicant accepted or rejected in accordance with the approved rules and standards of admission for the particular school.” CITE

In conjunction with this decision, the Board of Trustees emphasized that there were “equal” facilities available for African American students interested in law at North Carolina College for Negroes.
However, African American students had been attempting to enter UNC-Chapel Hill prior to the aforementioned decision made by the trustees. In the fall of 1950, Federal Judge Johnson J. Hayes of the North Carolina middle district court denied four African American students entry to UNC School of Law; however, this decision was reversed by the United States fourth circuit court on an appeal by the four African American students (Snider 247). These four students, Harvey Beech of Durham, J. Kenneth Lee of Greensboro, Floyd B. McKissick of Asheville, and James Lassiter or Rocky Mount, were authorized admission on June 6, 1951 (Snider 247).”
which brings me to the point of this whole entry…Harvey Beech, one of the first African-American students to attend the University of North Carolina at Chapel Hill has died. some of you are wondering why I would even spend blogspace on this…but after doing focused research on him and his colleagues for over a year, after doing additional personal research prior to that, i feel rather attached, and even saddened at his death, despite the fact that i didn’t know him outside of reading several articles and interviews about him. perhaps what i admired most about Harvey Beech was his humility, along with his love for the same University that i love so much–see this excerpt from my paper:

In an article printed in the General Alumni Association’s publication “Carolina Alumni Review” David Brown says, “Two things about Harvey Beech: Being the first black person to earn a degree from the University is not something he celebrates; he’s tired of hearing about it—he wishes it weren’t true because others had sought admission before him, and he thinks one of them was entitled to beat him to the honor.” (Brown 22) Brown then quotes Beech saying, “I just felt like we ought to open up all the windows and doors and air it all out. If I hadn’t, some other child would have had to. Something had to be done—it wasn’t pleasant. We won a war for something that had been denied to other black boys.” (Brown 23)

so in honor of harvey beech…i have this poem, which i think truly captures the spirit of not only him, but all of the others who have come before me being a trailblazer, a pioneer, a bridgebuilder; so that a girl like me can live her dreams.
THE BRIDGE BUILDER
An old man, going a lone highway,
Came at the evening cold and gray,
To a chasm, vast and deep and wide,
Through which was flowing a sullen tide.
The old man crossed in the twilight dim-
That sullen stream had no fears for him;
But he turned, when he reached the other side,
And built a bridge to span the tide.
“Old man,” said a fellow pilgrim near,
“You are wasting strength in building here.
Your journey will end with the ending day;
You never again must pass this way.
You have crossed the chasm, deep and wide,
Why build you the bridge at the eventide?”
The builder lifted his old gray head.
“Good friend, in the path I have come,” he said,
“There followeth after me today
A youth whose feet must pass this way.
This chasm that has been naught to me
To that fair-haired youth may a pitfall be.
He, too, must cross in the twilight dim;
Good friend, I am building the bridge for him.”
-WILL ALLEN DROMGOOLE
peace and blessings all…

One thought on “death of a bridgebuilder” 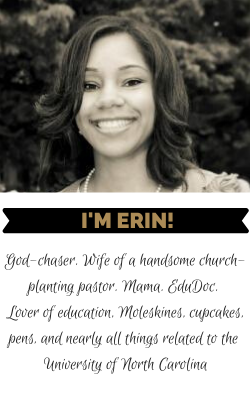